Cotton appears to be a real problem! Giles Hobbs, founder of T-Shirt Studio speaks on the rising costs of one of the most useful crops in the world:

It’s interesting that most of us don’t know there’s a problem until someone comes up with a solution. I, like many, didn’t know cotton was so problematic until organic t-shirts came along. Almost all apparel retailers and personalized t-shirt printers offer an organic range. Even so, I tended to lump organic cotton in with the rest of the organic produce that’s now available.

Don’t get me wrong. I embrace organic produce, both for its quality (mainly for how it tastes!) and also for the benefit to our environment but with just a little probing you begin to see that changing the cotton industry isn’t just about one more crop joining in with the fight to save the world. Cotton seems to be a bad enough beast that it stands out from the crowd. Cotton appears to be a real problem! The earliest traces of cotton fiber, found in what is now Mexico, date from around 8000 years ago and we now grow close to 25 million tons of it a year. So we’ve been growing it for a very long itme and we now grow an awful lot of it. But why? We’ll see pretty soon the problems the industry causes, so you’d hope it’s worth at least a bit of that damage.

If I said you had cotton in your car, you’d probably think of the upholstery. But what about the windshield? There’s cotton there too! Starting to see how versatile it is? Cotton is in your bank notes, ink, it goes to make acetate, various oil products, animal feed, toothpaste and cosmetics and of course clothing. And that’s just the beginning. It seems we grow a lot of it because we need a lot of it. And when you want a lot of something you want it cheap, and to make it cheap it’s traditional to cut costs and increase production at any cost.

It’s because of this that we use such vast amounts of pesticides. Most online sources quote that cotton accounts for 25% of the worlds pesticide, 10% of the worlds herbicides but uses only 2.5% of the cultivated land. One of those herbicides is a defoliant. Why? Because if all the leaves fall of the plants before the machines come in to harvest, the resulting cotton bulk is cleaner, easier to prepare and…well of course..cheaper. It takes about 1/3 pound of artificial fertilizer to make one pound of cotton. 1 pound of cotton is a little more than enough to make one t-shirt. If you filled a bag with a third of a pound of sugar and held it in one hand then held your favorite t-shirt in the other things would feel a little unbalanced. Until recently it was pointless talking to manufacturers about the ‘additional hidden costs’, like the environment, because we ALL pay that cost. They get to share it out with us all, so for hard line economists it’s no big shakes. That is until we start telling them otherwise, pass the cost back to them and stop buying. 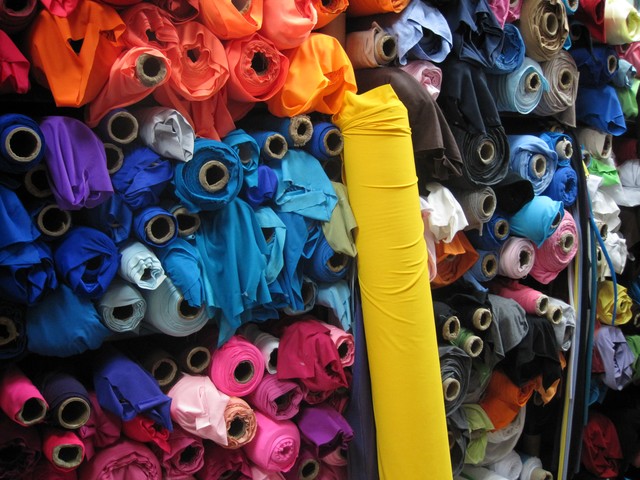 So, is the only solution to buy organic cotton? Well the price shouldn’t necessarily be a problem, with organic cotton shirts often selling for a few percent more than regular ones, but is organic cotton everything? Many sources state that because so much of the damage caused by cotton t-shirts occurs after it’s been bought, mainly during washing and drying, that polyester is a surprising potential champion as it needs less washing, dries quickly and is durable, although as we’ll see in a later article it’s not an all or nothing situation. However, what I wanted to know when I started this article is what’s happening inside cotton industry, more than a growing polarity between good and the bad growers?

I found something called the ‘Better Cotton Initiative’. It’s a collection of growers, retailers, pressure groups (including the World Wildlife Fund) that coordinate action on improving sustainable environmental cotton production, while supporting growers through the less profitable transition period. The retailers involved include some very big names including H&M, IKEA, Levi Strauss, Nike, Tesco and Sainsbury’s. Check out their webpage, http://www.bettercotton.org/, for a more in-depth read about their strategy. I found it encouraging to see the level of cooperation in a field that could easily have been battle ground between money and environment. However maybe we, as consumers can pat ourselves on the back for making big business realize there’s going to be big money in caring for the environment and for people.

Even with a looming food crisis the future of cotton seems secure. If the above list of uses for cotton isn’t enough, further uses are also being developed. Cotton can be recycled for insulation and as a way of cleaning up oil spills. It may soon be usable as a foodstuff for humans (currently cotton seed is toxic to all but cows). Professor Keerti Rathore of Texas A&M University says “There is enough cottonseed produced every year to meet the basic protein requirements of 500 million people”. Of course it’s currently used for other things. See here for a little more depth on these innovations: http://www.gizmag.com/future-of-cotton/17077/. A form of cotton thread that conducts electricity just like metal wire has also been developed, suggesting bewildering new concepts in clothing and a vast array of other technological innovations. There’s plently more if you look for them.

If current initiatives to make cotton a safer crop work out then cotton, rather than being a monster could be the crop we all turn to. The fact that cotton only uses 2.5% of the worlds cultivated land means that its versatility, and its high yield on such a small area of land makes it possible to increase production to meet many new demands. With a supposed food crisis on the way could environmentally grown cotton, processed so as to be acceptable for human consumption allow us to replace less efficient food crops? One things for sure, if we keep sending the message that we want our cotton safe, environmentally friendly and ethically produced, our t-shirts will surely be safe for many years to come, unless we end up eating them!